← more from
First Word Records
Get fresh music recommendations delivered to your inbox every Friday.
We've updated our Terms of Use. You can review the changes here.

Human Being • The Short Story Of The Reed 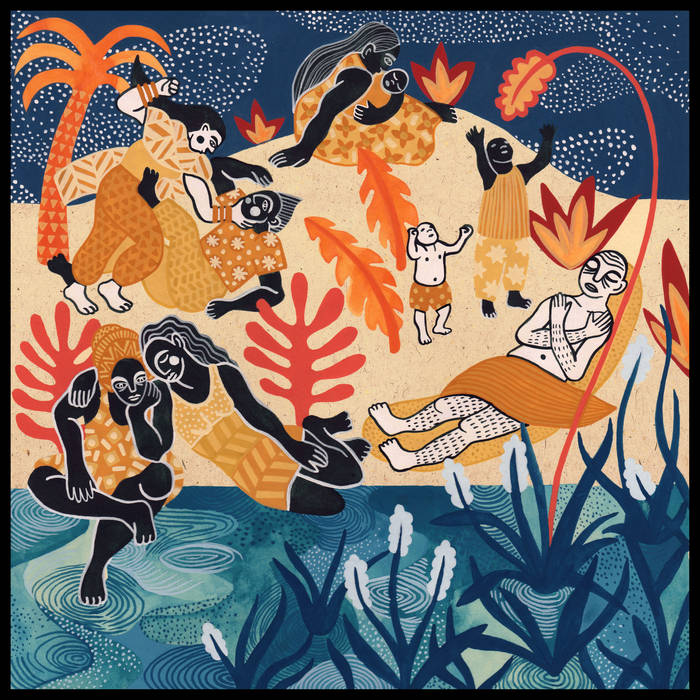 Xander Roozen The drum and bass are just awesome! Favorite track: Being.

benm91 Album flows beautifully from one track to the next finally reaching the focal point of the record with "being". Tracks are distinct and different while still sharing common elements glueing them together. Beautiful artwork. Brilliant!!! Favorite track: Being.

Mssr Renard I really adore the seventies-feel to this album. Agreed, it is mostly a modern record, but the synths, rhodes and melodies have a distinct nostalgic feel to it.

The album explores nu-jazz, jazzrock, ambient, chill, smooth jazz, folk and broken beat to create a six-part instrumental opus wich paints a musical landscape in wich the story of the Reed is told. Favorite track: Being.

First Word kicks off 2018 with the welcome return of Quiet Dawn, and a new EP, 'Human Being: The Short Story of The Reed'. A suitably ice-thawing six-track opus to compliment the change of seasons, dedicated to the winter blooming plant's desire to be human.

Evolving his music from a palette accumulated over the years of Hip Hop, Broken Beat and House, he has expanded his talents for arranging and composing, and now drafted in a wealth of musicians for this sublime new EP, his most ambitious yet. Strings glide effervescently atop of Quiet Dawn's assorted analogue synths, and an array of percussive organics combine to build the tale of The Reed. In-places, the set transcends into the kind of grooves that saunter somewhere between the land of Bonobo and Quantic, and the cinematic library record craft of Alan Hawkshaw et al. Deep, organic and epic.

"The reed from the earth and waters,
Human by the flesh and bones,
Bring by the love and others,
Now, you're not alone."

Each track of the EP tells a different chapter of the story. In the words of Quiet Dawn, "This record is about human behaviour; relationships, happiness, sadness, peace, anger, sex, love, birth, death… But as viewed by The Reed. The Reed is a plant that wants to be human, after observing them all around her. Over the course of the record, The Reed evolves and desires to feel feelings, gradually learning that becoming human is not so simple… ."

Also with artwork by Sophie Bass and Grégoire Marty, this glorious six-track vinyl and digital EP is released February 2018 on First Word Records.

Bandcamp Daily  your guide to the world of Bandcamp